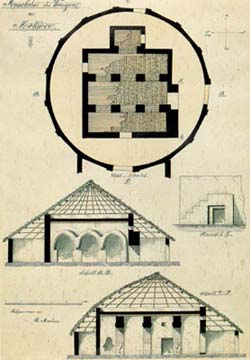 One of the Frobenius Institute's most valuable collections, the Ethnographic Pictorial Archive, consists of approximately 30,000 historical illustrations produced between the first half of the nineteenth and the early second half of the twentieth century. Worldwide in scope, but with a clear regional focus on Africa, Oceania and indigenous Australia, the archive provides a unique documentation of local material cultures and the arts.
Between 1904 and 1935 Leo Frobenius undertook twelve 'expeditions' (as they were commonly called) to Africa. Painters, photographers and illustrators travelled with him, including some well-known artists, for instance, Carl Arriens, Hans Martin Lemme and Fritz Nansen.
The expeditions' explicit goal was to collect ethnographic and historical 'data' (materialised in paintings, drawings and photographs, ethnographic objects and records of oral traditions), and to produce on-site copies (tracings, drawings, and photographs) of rock art. These materials were to serve Frobenius's project to establish an 'artistic documentary of world history', as well as being proof for his 'theory of cultural morphology', whichfrom an academic point of view was even then highly idiosyncratic and is now long out-dated.
After Frobenius's death in 1938, members of the institute (laymen as well as as professional anthropologists) continued the collecting, documentation and research trips. Until 1956, the Institute undertook sixteen further expeditions expanding the previous regional focus on Africa to Oceania, Australia, South America and India. 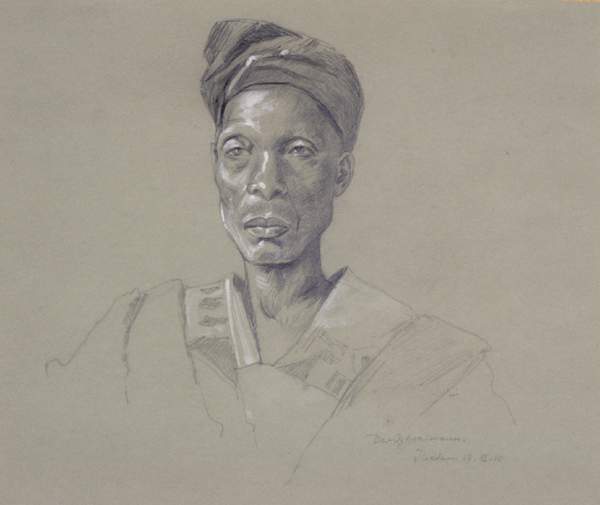 The Pictorial Archive consists of the three separate collections:
•    The actual Pictorial Collection, with its approximately 6,250 watercolour and gouache paintings, charcoal, red chalk and pen-and-ink drawings, and some b/w photographs. The collection contains some extraordinary examples of West and East African architectural drawings, such as detailed ground plans, sketches of façades and charts of villages and towns, as well as paintings and illustrations by indigenous artists from the respective regions.
•    The so-called Pictorial Register, with more than 15,000 small ethnographic and rock art illustrations (mainly pen-and-ink, crayon and red chalk drawings), providing comprehensive documentation of material culture and symbolic representations ranging from musical instruments to bodily decorations. The voluminous 'Ethnographic Register' is arranged in the fashion of the 'French Encyclopaedist' or 'Empirist' tradition and provides some outstanding and rare, sometimes even exclusive documentation of local culture not recorded elsewhere.
•    The so-called Special Collection, consisting of six small but valuable collections, for instance, some of the 'Africa-paintings' by nineteenth-century travellers Georg Schweinfurth, Hyacinthe Hecquard and Johann Martin Bernatz. 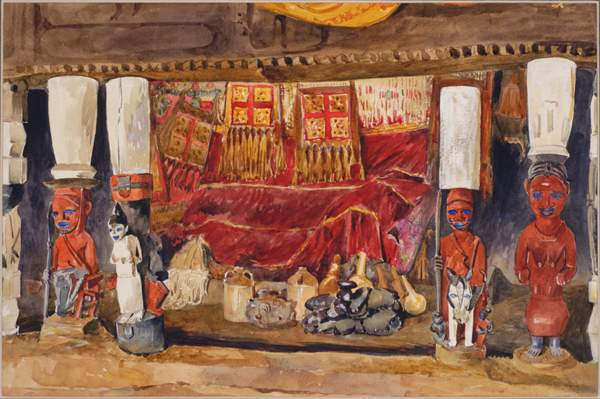