The photo archive consists mainly of pictures taken by scholars (anthropologists) and other participants in the various expeditions and research trips undertaken between 1904 and the 1980s. By and large it consists of black and white photographs.
Since most of the original negatives (in various conditions) have been saved, the main body of the archive can be regarded as an archive of negatives. Likewise, prints of most pictures exist and are ordered for each expedition in both chronological and regional catalogues, each picture being accompanied by a short description. The catalogues can be viewed by appointment. There are plans to make copies on electronic equipment.

There are about 70,000 photographs. A large portion of these derive from the various African expeditions and research trips. The rest are distributed between Oceania (Australia, New Guinea), South America (Bolivia, Venezuela), Europe and Asia. In addition, part of the picture archive of the Frobenius Institute has been photographed for duplication. This mainly concerns duplications from the ethnographic picture archive (drawings, water colours, paintings etc.) and the archive of reproductions of rock paintings.

In a smaller slide collection are slides which have been made from negatives, as well as original colour slides collected on research trips which have taken place since the 1950s. A major section consists of photos from Ethiopia, besides which there are also motifs from North Africa, West Africa, South America, New Guinea and India. However, the slide collection has been ordered only partially. Since the Institute has its own photographic department, most photographic work can be done in the Institute: a price list is available. Most of the images are accessible through an online database.

Visits are possible upon appointment. 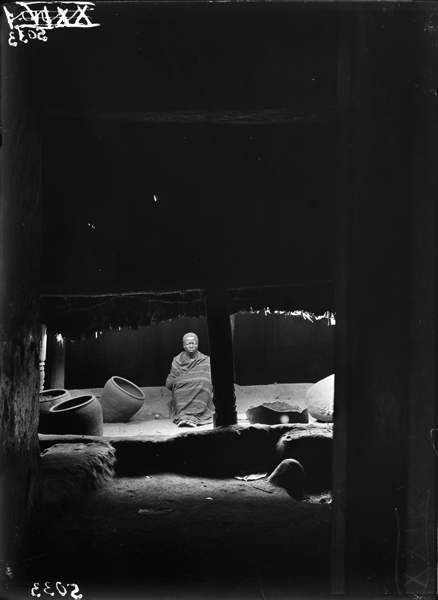