Exhibition: "Frobenius - The Art of Science" 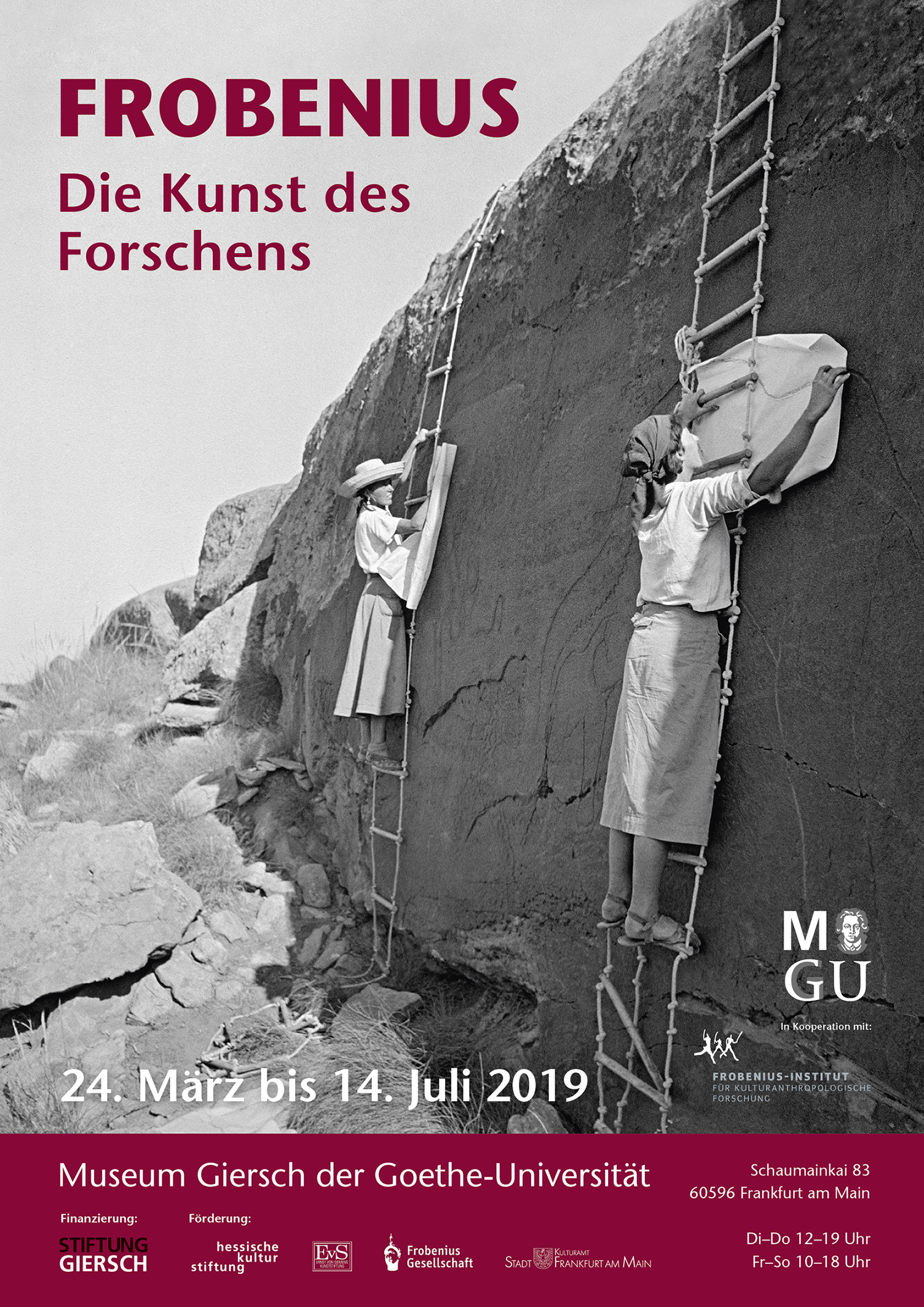 "Frobenius - The Art of Science" is the exhibition on display at the Museum Giersch
of Goethe-University Frankfurt from March 24th through July 14th 2019.

The exhibiton is testimony to the work and biographies of the talented draughtswomen and draughtsmen who accompanied Leo Frobenius (1873–1938) on his anthropological expeditions to Africa, Indonesia, South America, Australia as well as Northern and Southern Europe. During these expeditons, these draughtswomen and draughtsmen produced painted copies of prehistoric rock art. Along with ethnographic drawings, oil paintings, and photographs, these paintings and documents of both artistic as well as scientific value comprise the Frobenius Institute's distinctive archives.

The exhibition shows the anthropologist Leo Frobenius and his research within the historical context of the early 20th century. It puts the spotlight on his hitherto littleknown expedition team, particularly on the women who were responsible for the great majority of the images. Works by Paul Klee, Willi Baumeister, and Wols show how these rock art copies inspired modern art in Europe.