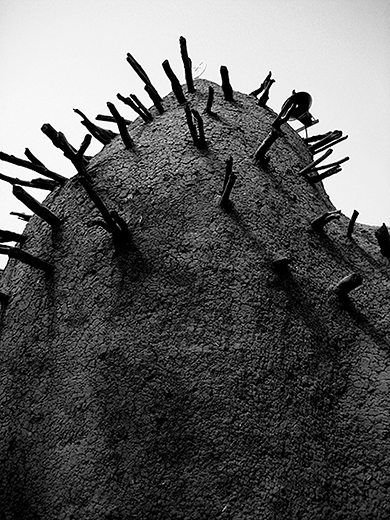 The Middle Niger region’s history is famous for being at once the centre of a precocious urbanism dating back to 800 BCE, and for a succession of polities controlling large parts of West Africa from AD 400. In the existing literature on the Middle Niger’s past, these two phenomena have mostly been treated as fundamentally distinct, with trading cities and imperial states as opposing poles in a form of civilisation which kept economic power and military might completely apart. Where their relationship is discussed, states are usually seen as predatory, parasitic beneficiaries of successful trading cities. But how plausible is this one-sided relationship, the separation of two forms of power? This project aims to elucidate the interplay between urbanism, statehood and trade with the hypothesis that the relationships were far tighter, more complex and changeable than currently assumed. With a radical methodological change and a re-focussing of questions, this project makes a fundamental contribution to the flagging endeavour of understanding socio-political and economic development in pre-colonial West Africa.

The Markadugu, a network of ancient trading settlements in the Segou region of Mali, are to serve as the case study for this project. As these urban settlements have a long history as part of at least three different pre-colonial states, they present an ideal opportunity to gain a nuanced understanding of the changing relationships between cities and states. According to oral traditions, the Markadugu were founded at the latest during the fourth century AD, possibly even in the last millennium BC. Their foundation may be a part of the expansion of the Empire of Ghana/Wagadu (c. AD 400-1100), and they are often described as part of the ruling apparatus of the Empire of Mali (c. 1245-1450). Well-known oral traditions indicate that the Islamic, trading Markadugu held a central role in the warlike animist Bambara state in Segou (c. 1712-1861), in which they are characterised as an ethnically and religiously distinct yet integral part of the political entity. The subsequent conquest of the area in the jihad of al-Hadj Umar Tall appears to have ruined the trade on which the Markadugu’s prosperity depended. A lively local tradition of oral history and the known existence of significant urban ruins at several localities ensure a significant body of pertinent data.

This project will employ an approach which combines oral traditions, historical sources and archaeological techniques to explore the question of cities and states, and which works from the colonial period towards the more distant past. This approach will help to overcome the frustrations from which the study of Middle Niger civilisation has suffered in each field individually. Employing new techniques in archaeological prospection and excavation will mean that socio-political questions can be explicitly addressed, and the tight relationship with historical sources will ensure the results provide a new perspective on West African history.