The development of Ethnology and Prehistory in France and Germany up to the 1960s: A history of entanglement 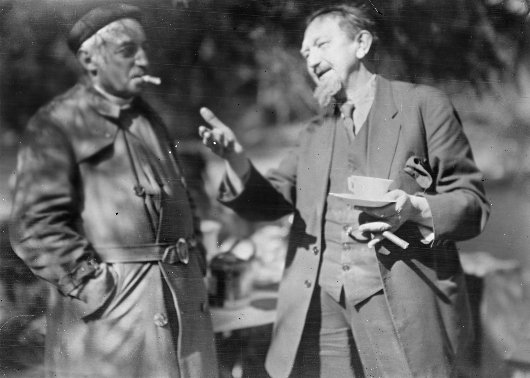 In France and Germany, the scientific and disciplinary traditions as well as their institutional contexts have sometimes developed in a very diverging way in the first half of the 20th century. Regarding ethnology, one may however also note intersections between the two epistemological national approaches, which make the investigation of their entangled history particularly promising. The perspective adopted in this project focuses on the knowledge produced as well as on the way it was received and reflected upon in the studied national contexts. The present program aims at showing how these thematic areas have evolved in a parallel, antagonistic or interrelated way in the sense of an entangled history. In the frame of the preceding ANTHROPOS project (ANR-DFG 1/2015-6/2017), attention was particularly drawn on the ways ethnological knowledge spread and on how it was received in Germany, in France and later in a reciprocal way came back to the concerned African countries. The project has shown that an entangled history of ethnological knowledge necessarily includes the relationship to related disciplines, in particular to prehistory, with had developed particular fruitful ties with ethnology. A shared disciplinary knowledge and practice, similar approaches towards material culture or to the Other, may he be far distant on a geographical or a temporal level, as well as joint institutions and associations, all this confirms the special relationship between the two disciplines at the beginning of the 20th century.

On a conceptual level, the ANTHROPOS 2 project will analyze these interactions between ethnologists and specialists of prehistory regarding for example concepts such as ethnic group or culture, cultural theories influential in both disciplines such as the cultural areas hypothesis and investigate the way both discipline handle artefacts. The intense cooperation between the two disciplines ceased more or less in the 1950s triggered among other by the works of André Leroi-Gourhan.

The research project will organize several conferences, publish scientific results and make them available to a larger public through exhibitions.