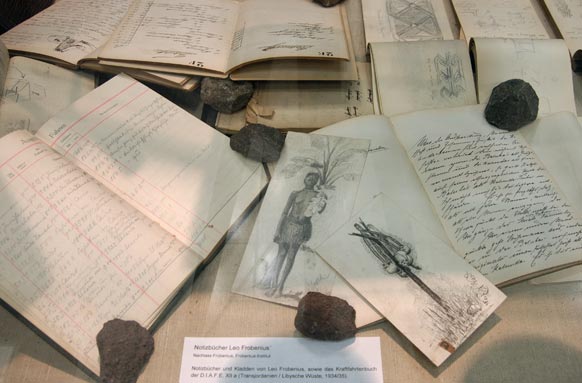 The archival holdings are partly accessible through an online database (in German language). Other parts of the archive may be searched through index lists and some parts are still to be accessed. The following lists shows how far the holdings have been indexed up till now. Also part of this archive are several extensive card registers.

Visits to the archive are possible after previous notice. The documents may be seen in the Ethnological Library during the usual opening hours,

Archive of the German Anthropological  Association (from 1946 ongoing)

Administrative Archive of the Frobenius Institute (from March 1944 ongoing)