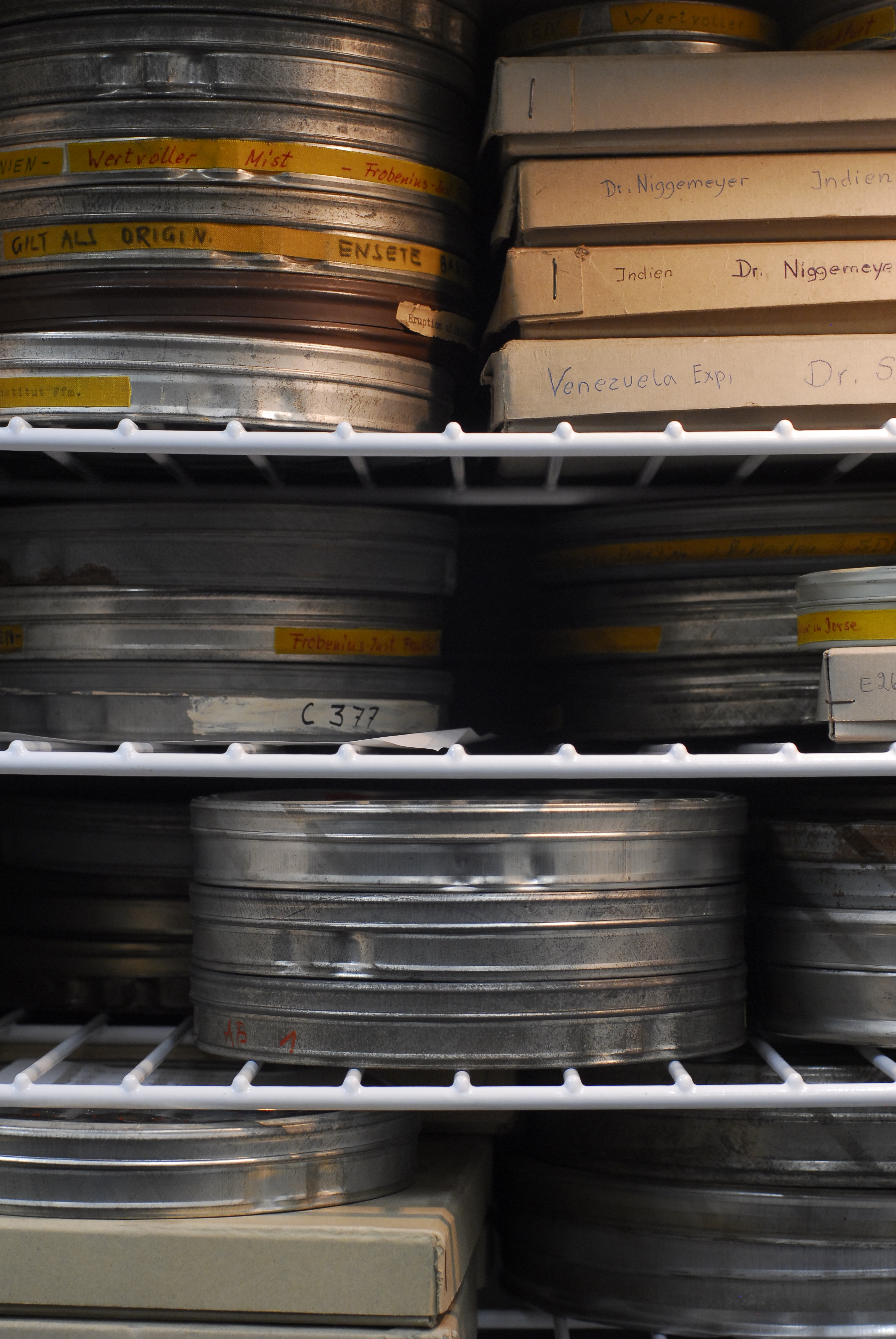 Many archives and museums host archival film collections of anthropological research expeditions from the early twentieth century. Since anthropologists at the turn of the century usually conducted long periods of fieldwork in regions with scarce film documentation, their film footage often provides valuable historical and biographical material for the regions of origin that is of high ethnological interest. Amid current calls and efforts for restitution, however, such collections are often neglected, or restitution is limited to granting public access to the digitalized material (Macdonald and Basu 2008; Cohen 2015; Brehm 2016; Knopf, Lembcke and Recklies 2018; Odumosu 2020).

Despite the historical value of such footage, research and scientific film production within anthropological research mostly followed the rationale and epistemic values of their time and a similar narrative pattern: the filmed events are ahistorical, the filmed subjects do not have a name or personal biography, they do not address the camera but merely perform work techniques, rituals or dances. The formal and technical elements of these films and the ways in which their subjects are objectified as sources of data suggest that the films sought to fulfil their researchers' goals, taking on the appearance of an epistemological tool informed by scientific rationality, rather than reflect the artists' or the source communities’ needs. Thus they may share similarities with other non-fiction film categories, such as the scientific films promoted by the Institute for Scientific Film (IWF) and industrial or commissioned films (Wolf 1967; Taureg 1983; Husmann 1978; Vonderau and Hediger, 2009; Näser 2014; Curtis 2015).

Some difficult issues arise when considering the possibilities for repatriating these films to the source communities. Uppermost among considerations around repatriation should be the promotion of ways for the source communities to re-engage with this material with a rationale that fits their current interest and needs. Audiovisual material not merely be restituted, but stimulate new forms of representation by re-configuring the film production mechanisms, which are intertwined with the mechanisms reproducing epistemic and non-epistemic values.

The aim of our workshop is to address new and collaborative restitution methods, in which artists and filmmakers from source communities could critically engage with this specific film archive and produce new forms of representation and discourse that rejoin current artistic practices in the original communities.

The workshop will take place online via Zoom

11.00 am: Reassembling Image and Sound: On the Post-Synchronization of Film Documents from Kiribati
Wolfgang Kempf, Institute of Social and Cultural Anthropology, Göttingen

11.40 am: The Lau of Malaita: A Sequel?
Stephanie Hobbis, Wageningen University; Geoffrey Hobbis, University of Groningen

5.00 pm: What Can Film Restitute? A discussion of recent examples
Arnd Schneider, Department of Social Anthropology, University of Oslo